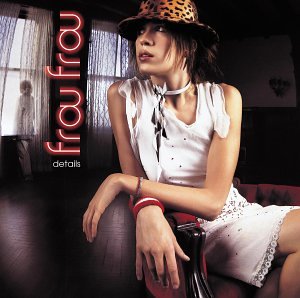 Since my last post about outstanding songs, my collection of the said genre has grown (almost double!). So, on this gloomy day, I thought I would take the time to share them with you. Unlike last time, let’s jump in right away, and I’ll explain why each song is great as we go.

These songs are in no special order, and as always, I’ll try and make the selection as diverse as possible. If you don’t like one song, just keep going though the list and you’ll probably find something you can enjoy.

The voice in this song might sound familiar, because it’s Imogen Heap’s. She was in a duo back in ’03, before working on her own, personal, projects (the album Speak for Yourself for example). You might also find the song itself familiar, since it was used in the 2004 movie Garden State. History aside, this is a song you can get caught up in. There are many other great Frou Frou songs, so if you like this, take the initiative to search for them.

This song was up on the top 40’s for the UK not too long ago. Things open up with a piano, climax with something totally different, and end with a bang. Overall, a pretty decent song.

This is definitely a morning song, hence why it was featured on a compilation entitled In Search of Sunrise [2]. Seriously, listen to this song in the morning while you’re transiting somewhere as the sun pops up.

I was looking around for some vocal trance on the YouTubes, when I came across this track. Granted, it isn’t exactly an undiscovered gem, but it’s worth listening to. I picture this as a good high energy running/biking song.

This song was used in the credits in all three Bourne movies, and is one of those tracks you either like or hate. Give it a full listen, and see what you think.

If you’re into a lot of base, check this song out. I first heard this on an episode of CSI:NY, and immediately went to Google to find out what it was. It was totally worth it.

The drums are laid on heavily in this one. You’re guaranteed to have at least some of the chorus stuck in your head if you download this song, which was legally released along with the rest of the album (The Slip), for free by NiN here.

This song is based upon the soundtrack of the movie American Beauty. This remix must really be good (and it is), for the Ministry of Sound to put it out there.

It’s hard for me to describe this song, but I’ll give it a shot… Lucid, base-filled techno, with deep vocals, questionable lyrics, and sweet buildups. Yeah, that covers it pretty well.

Yep, here’s another Frienchie song. The translated lyrics are somewhat crappy, but don’t worry about them and get yourself caught up in the chorus, like you were meant to.

That’s all for now!